The mountainous structure of its terrain combined with the flow of much water has created subterranean caverns and passages, formed by erosion and the dissolving action of underground water on calcareous rock. The culmination of this effect can be viewed in the phenomena of Katavothres, Melissani and Karavomylos: the water disappears down the chasms of Katavothres to re-appear in the lake of Karavomylos on the other side of the island, after passing through the stunning cave lake Melissani. Cephalonia lies opposite the mouth of the Gulf of Patras, between Zakynthos and Lefkas.

To the northeast lies Ithaca; the two islands are separated by a channel 4km wide. There are several beliefs as to the origin of the island’s name: some believe it was named after King Cephalos, a mythical king. Others believe it may have gained its name from being the natural head of the Ionian Islands (cephalos means “head” in Greek)- or else it was perhaps named after an ancient people, the Cephallines, and this is why in formal Greek the island and its inhabitants are spelt with a double “l”.

Whatever the derivation of its name, the island has a long and adventurous past, dating back to the fourth or fifth millennia BC or even earlier. Stone Age tools have been found at Fiskardo as well as at Sami, Skala and several other sites.

Mycenean beehive tombs have been discovered in the south and on the Lixouri Peninsula. Some time after the Mycenean Age it seems that Cephalonia consisted of four city states, roughly corresponding with the four contemporary towns of Sami (the ancient city bore the same name), Argostoli (ancient Krani), Lixouri (ancient Pali) and Poros (Pronoi).

The island has seen numerous invaders, including the Romans, the Normans, the Venetians and the Vatican, not to mention the raids by Arabic, Spanish and Sicilian pirates.

In 1483 the Turks captured the island, but this was shortlived unlike many other Greek islands where they ruled and plundered for many years. In 1864 Cephalonia, along with all the other Ionian Islands, was allowed freedom to unite with Greece.

In recent history the most significant events were in 1943 the massacre of 3,000 or so Italian soldiers when they refused to turn over command to the Germans, and the devastating earthquake in 1953, which destroyed almost everything standing in Cephalonia.

These unfortunate events provided the setting for the well-known novel “Captain Corelli’s Mandolin” by Louis de Berniere, which was recently filmed as a Hollywood production in the beautiful surroundings of the island. The capital town of Argostoli, with a population of 10,000, is home to the two museums of the island: the Archaeological Museum, exhibiting finds from the various excavations on the island, and the Cultural and Historical Museum, housing household and rural objects, costumes, old photographs, maps and etchings of Cephalonia, and a reconstruction of a 19th century bedroom.

There are numerous restaurants and tavernas around the main square and along the seafront, as well as a main shopping street. A few kilometers to the south of Argostoli is the resort of Lassi, with lovely pine-fringed sandy beaches.

At Makrys Gialos (literally “Long Beach”) and Platys Gialos (“Broad Beach”) you can find sunbeds and umbrellas for hire, and plenty of beach bars for snacks and drinks. Watersports (including windsurfing, water skiing and bananas) are also available. Around 15km from Argostoli is the village of Lourdata or Lourdas.

Lourdas is a lovely pebble and sand beach with plenty of tavernas, and is backed by allotment strips of land, where the locals grow fruit and vegetables, giving a real sense of community and the Greek lifestyle that can be seen there. In the southeast corner of the island, Skala is a pleasant town on one of the good sandy beaches which dot the south coast. In Skala the pine trees taper down to a beach with deep, crystal water and smooth multi-colored pebbles shining like jewels in the sun.

Here you can also find the remains of a 2nd century AD Roman villa, which has some finely preserved mosaic floors. There are plenty of beachside tavernas, and watersports are available.

Along the road from Argostoli to Fiskardo in the north of the island, the breathtaking sight of Myrtos beach is sure to appeal to any visitor. Myrtos beach has been voted one of the top ten beaches in the world, and the stunning setting of the deep blue sea, the hanging cliffs with a zigzag road winding down to a white sand and pebble beach is sure to explain why.

Fiskardo is a laid back fishing village at the northernmost tip of the island and certainly one of the prettiest places in Cephalonia. It is one of the few places on the island to remain unscathed after the 1953 earthquake.

Robert Guiscard, the Norman who invaded Cephalonia in 1082, died three years later of a fever on board his ship anchored off either this village or Cape Atheras (to the north of Lixouri peninsula) and it is claimed that “Fiskardo” is a corruption of his name.

Along the shore here are lovely smooth stone slabs, ideal for sunbathing and swimming, and the walk to them through the pines is delightful. In high summer Fiskardo attracts dozens of yachts mainly from Italy and these lend for a vibrant, cosmopolitan atmosphere. Book your ferry tickets and Travel to Kefalonia! 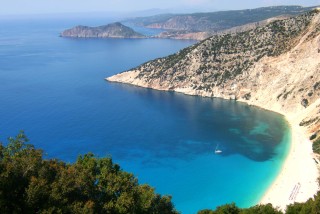 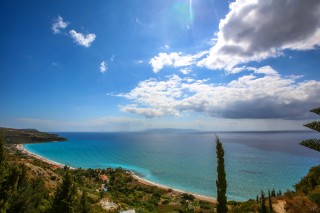 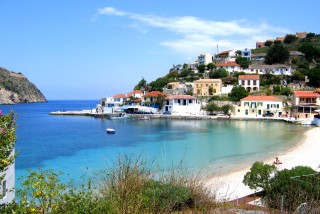 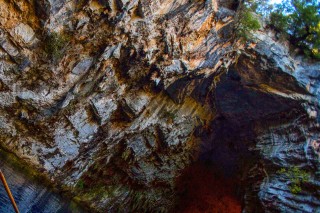 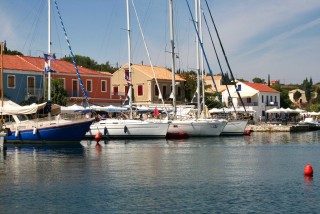 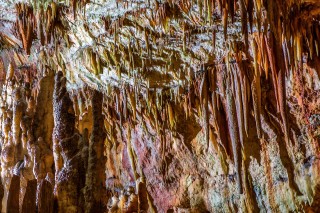 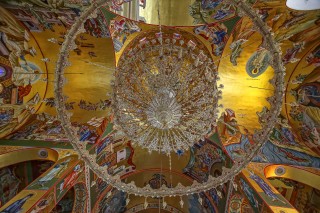 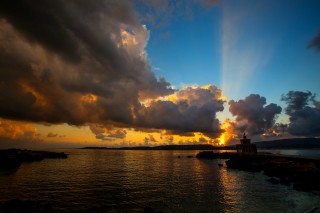 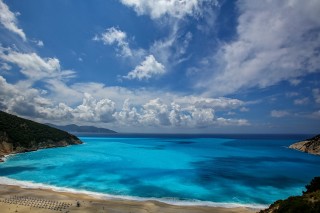 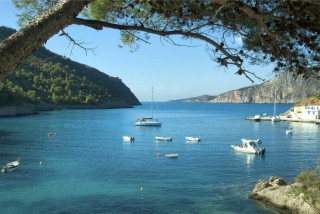 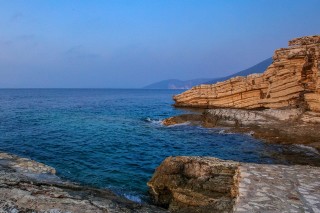